The MMMF organised and led the 61st anniversary memorial in Trudering, Munich. We were joined by the Red Docs of Munich, Pikassio Libero and Bunticktgut charities, along with approx 150 fans.

Following the opening address by MMMF Director, Pat Burns, the chosen fans representatives, Derek and George Gardner read out the names of the 23 souls who perished. Derek and George also laid a wreath on behalf of all MUFC fans worldwide following a 2 minutes silence.

The ceremony then concluded with singing The Flowers of Manchester and The Pride of Football, after which Big Lily led a procession of United flags and banners back to The Wirtshaus in Trudering.

The MMMF would like to thank everyone for their continued support. 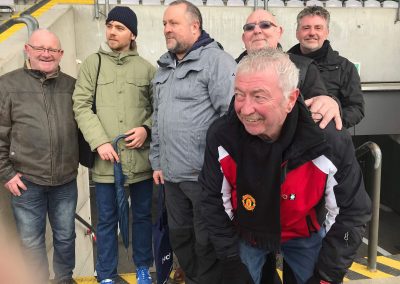 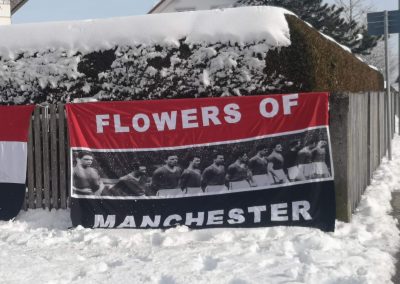 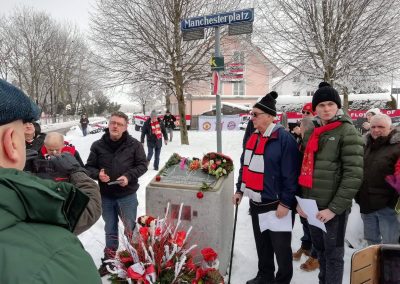 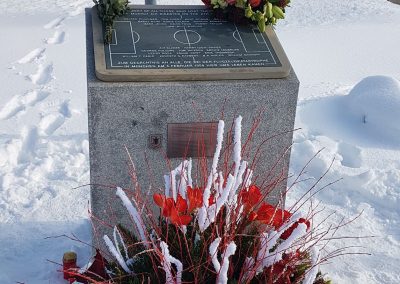 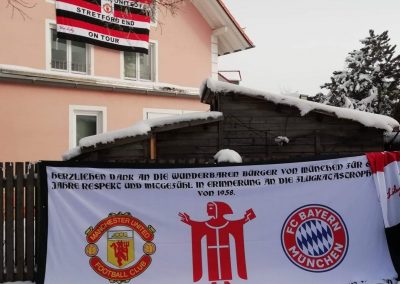 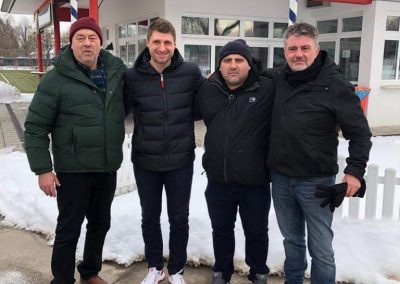 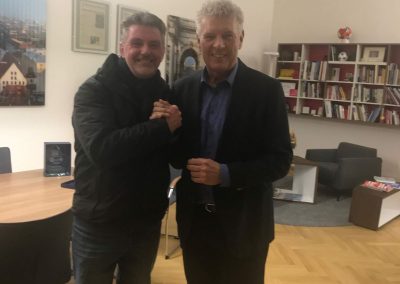