The new memorial site at Manchesterplatz in Trudering, Munich was officially opened in 2004 jointly by MUFC (Sir Bobby attended) and Bayern Munich (Herr Hermann Memmel and Herr Karl Heinz Rummenigge). The square was re-named Manchesterplatz in honour and recognition of the 23 souls who died on 6th February 1958, including 11 of our United family. It is our place of pilgrimage.

At our dinner dance held on 23rd November 2018, the MMMF was presented with the original Manchesterplatz street sign by the Red Docs of Munich, whom both we and Manchester United had honoured that weekend. The Directors of the MMMF firmly believe that this was a gift, not to us, but to all MUFC fans.

With that in mind, we offered the sign to Manchester United with a view to them determining how best to use this iconic piece of memorabilia of our history. The Red Docs of Munich supported this and wished it to be accessible to all MUFC fans. 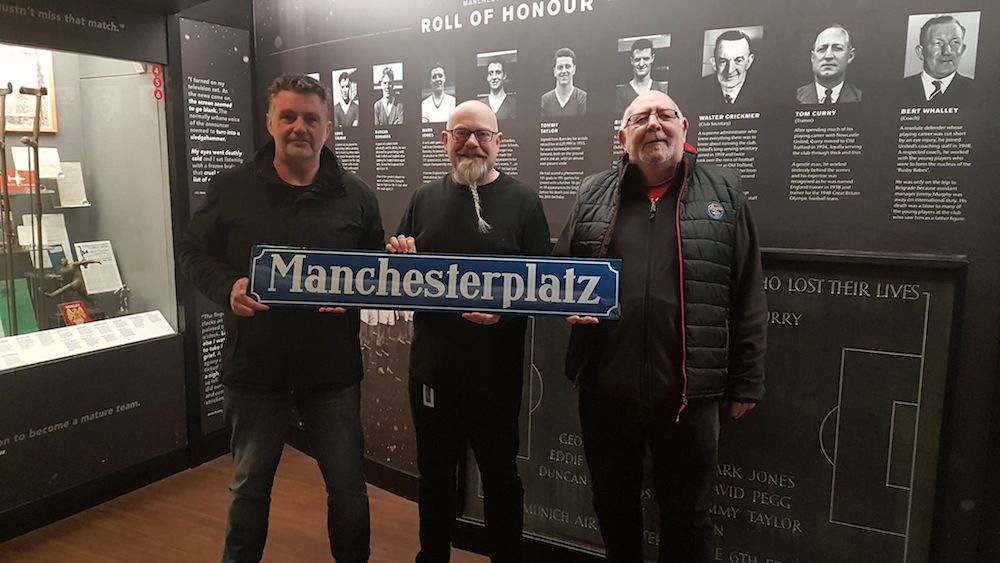 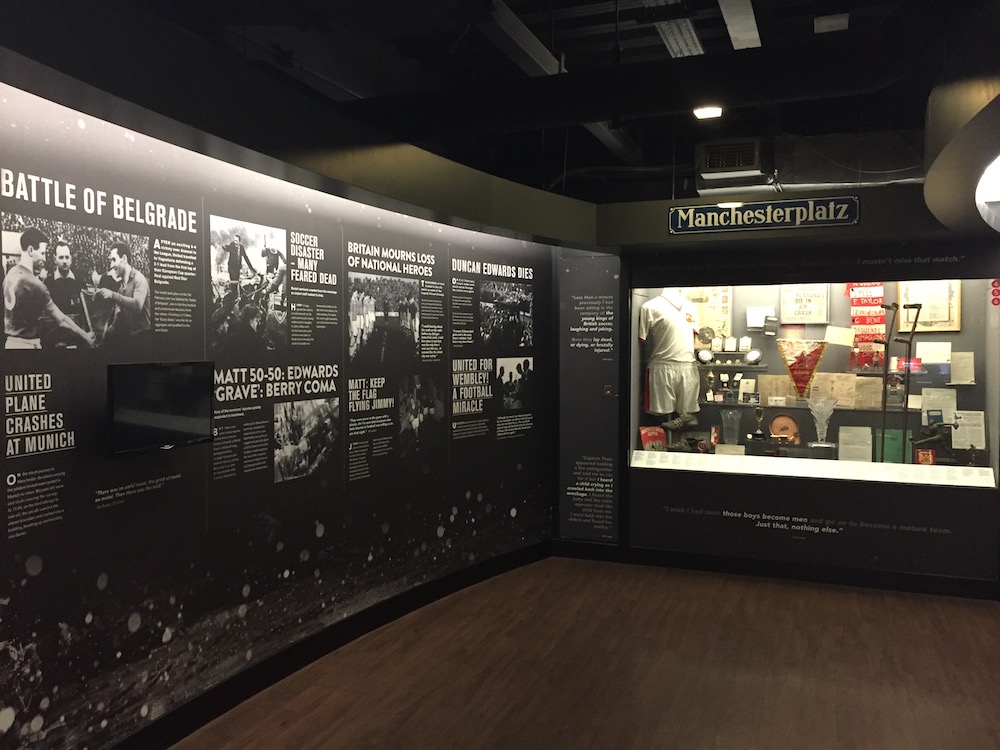 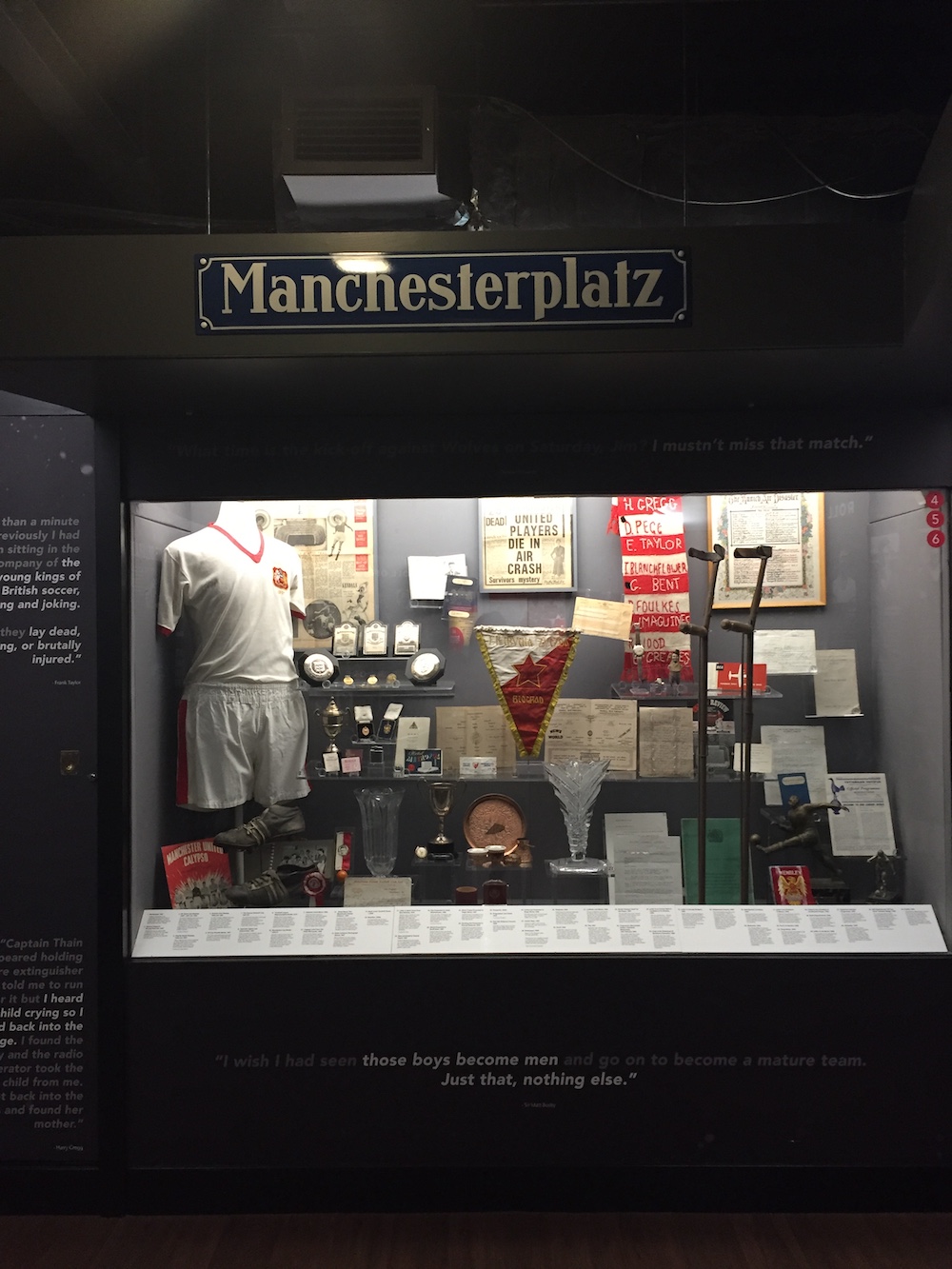 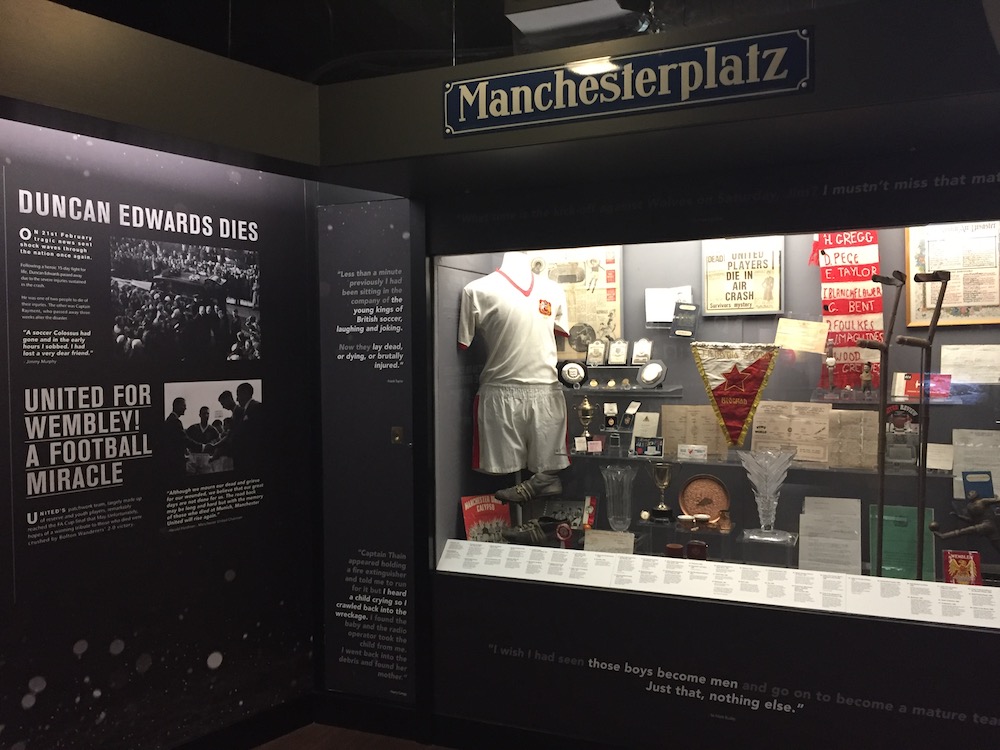