MMMF with MUFC in Belgrade

A commemoration ceremony was held in Belgrade, Serbia, on Thursday morning, 24th October 2019, to remember those who were lost in the 1958 Munich Air Disaster.

The event was held at Partizan Belgrade’s stadium, ahead of Manchester United contesting a fixture in the city for only the second time since tragedy struck 61 years ago. The stadium was the site of the last game played before the fateful journey back to Manchester via Munich.

Representatives from MUFC and the Manchester Munich Memorial Foundation (MMMF), as well as Sian Macleod, UK Ambassador to Serbia, gathered in the centre circle to hear a short address commemorating those who lost their lives.

Club legends Bryan Robson and Mickey Thomas then laid down a wreath, before a minute’s silence was held to remember the 23 people who were killed as a result of the disaster.

“It was incredibly important to come here and mark the occasion. As soon as the draw happened, our attention turned to wanting to remember those who lost their lives in 1958. This was the last place, on this very ground, against Red Star Belgrade, when they played as a team together before they got on that fateful plane to stop over in Munich and tragedy struck. So for us as a club, there is a game tonight but for us the trip is also important for remembering those who lost their lives and paying respects, which we have just done by laying the wreath.”

“You can feel the emotion. When you have been at the club for as long as we have, you get that history and you have met a lot of the families who have lost people in the Munich Air Disaster. I have even heard Bobby Charlton talk about the game when they were over here in 1958. It was supposed to be a great performance by the team and you can sense that when you come into the stadium.”

Manchester United thanked its friends at Partizan Belgrade and UEFA for facilitating this ceremony and welcomed representatives from the MMMF and the GB Embassy.

The MMMF were represented by Anthony Crook, one of the MMMF Directors, and Melissa Moore, the MMMF Belgrade Officer, who had both travelled to Belgrade for the game as fans.

Tony Crook said “Along with Melissa, I’m so proud and honoured to be invited by MUFC on behalf of the MMMF. We are fully recognised by the club and in Ed Woodward’s own words “Anything we can do to help you, please get in touch.” Such a proud and emotional ceremony in which the MMMF reps played a full part.”

The MMMF are grateful to the club and honoured to represent MUFC fans on this special occasion. 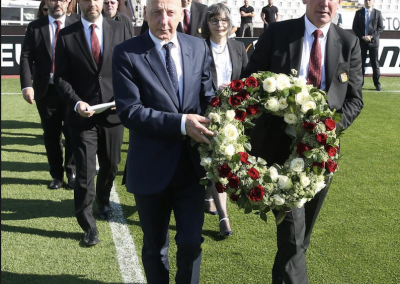 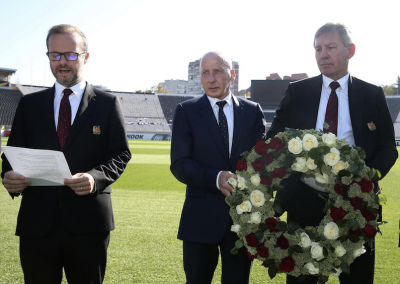 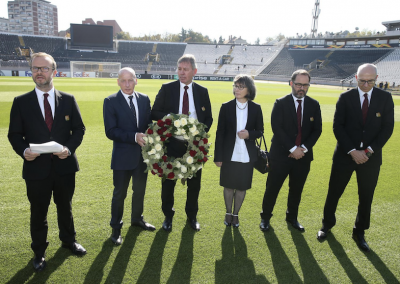 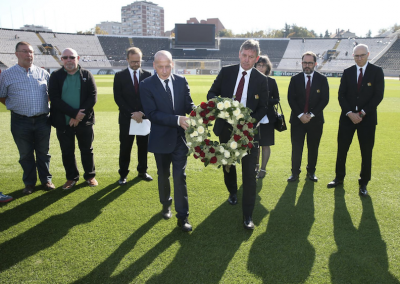 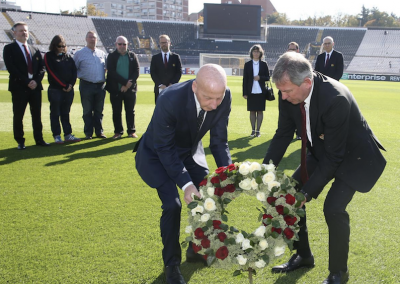 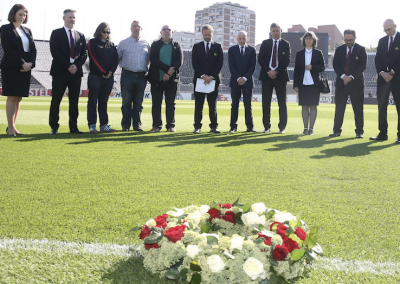 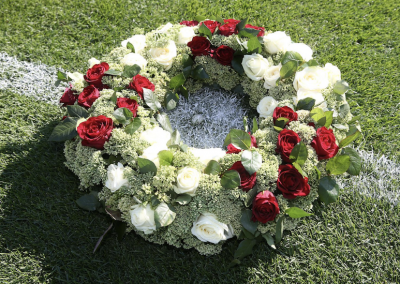