This is a poem I wrote at the 50th Anniversary. It is also based around my late son’s (only child) life and love of united. It would take forever to tell all Christopher’s story etc so I hope the poem will help set the scene and why the poem is dedicated to the Memory of the Busby Babes .

Chris was born in 1984. At 5 he was diagnosed with Duchenne Muscular Dystrophy a life limiting disability. His whole life revolved around United until he passed away in 2001 2 weeks short of his 17th birthday.

As the poem says thanks first to Lee Sharpe who we met in Belfast and then Jimmy Curran. He had a magical last 5 years……met Becks 4 times etc. He was so lucky. Jimmy if you don’t know was Eric Harrison’s right hand man in the Class of 92. Sir Alex brought him into first team about 95/96.

As I said I started to support United right after Munich. So many times I have always wondered if Munich had never happened I may have supported another team and Chris then would never have had the great times he had with United. While of course we would have hoped it never happened but sadly it did. So for me I always felt out of all what happened years later a young boy especially with a life limiting disability enjoyed many memories many can only dream of.

I hope the poem brings all that across and that the Busby Babes and their memory became even more special for us. .

If here, I know what Chris would say
That Munich crash was an awful day
I know I told him about that team
And to every fan, just what they mean

Sir Matt got better it was great to see
His new team won an FA Cup in ‘63
He put George in the team, the very next year
Once again, he had a team for everyone to fear

Then 10 years after that fateful day
A European Cup was won in May
For Sir Matt, every player played his part
And the Busby Babes were in all our hearts

Some cups were won as the years moved on
In ’86 a new manager came, called Alex Ferguson
In 1990 he won his first cup that May
Chris, the same age I was, on that Munich day

United became such a really great team
To see them play was Christopher’s dream
His life though changed in every way
Now dependent on a wheelchair, every day

Signed cards, balls and posters came all the time
Telling Christopher the players hoped he was fine
Then Jimmy and Sir Alex said it would be ok
And Chris was taken to Carrington for a magical day

After 50 years their lives still live on
I supported United from the day they were gone
The support to Chris may never have been
If not for the Busby Babes, we remember that great team 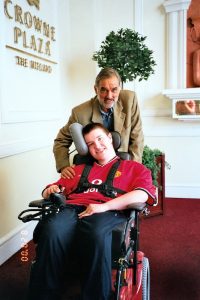 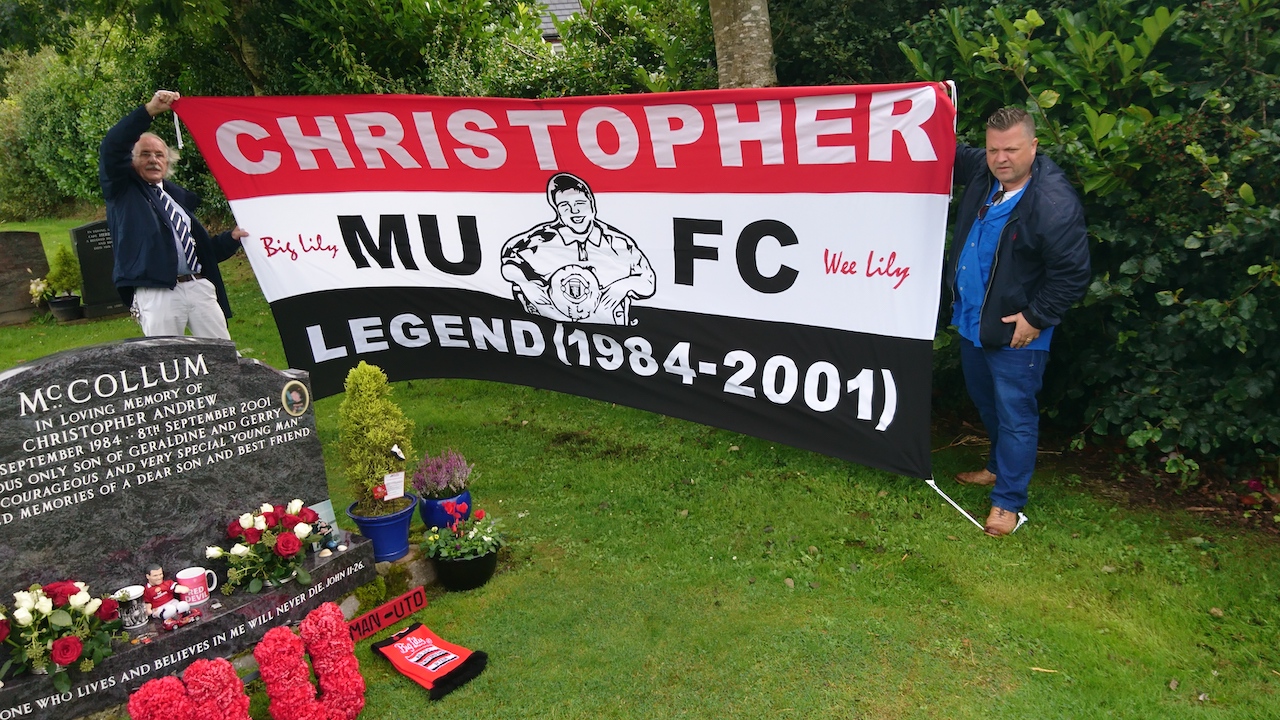