The MMMF: What They’re Saying

What is it that the MMMF do with your generous donations? The difference you make to the lives of young people whilst preserving and enhancing the name of The Babes. Have a read:

“Thank you so much for the incredible generosity of the MMMF and fans of MUFC. The donation of £2,000.00 will go a long way to ensuring we can reach a greater number of young people in Manchester and will make an enormous difference to those facing homelessness. Thank you so much again”
Anna Couper – Regional Manager, Depaul Charity for Homeless children in Manchester

“This is amazing news, thank you so much for all your hard work and effort in raising this money for us, it’s massively appreciated”
Carly Lyes – Learning & Development Manager, Depaul Charity for Homeless children in Manchester

“Thanks so much for your support. The donation arrived safely last week. We are very happy!”
Rudiger Heid – CEO, Buntkicktgut Munich Germany

“First let me say thank you to all the guys and women of the MMMF for your continued support. Our youth reporter is putting together a small article about the ceremony and everything that surrounds it.The children were so happy to meet Andy Cole.”
Matthias Groeneveld – Public relations, Buntkicktgut Munich Germany

“Many thanks for your generous sponsorship amount this year. We will buy new sports shoes, boots and trainers for all our youngsters. Im very happy to hear that your trip to Munich was successful. Best regards from Oliver and everyone at Pikassio Libero.”
Oliver Groth – CEO, Pikassio Libero Munich Germany

“The MMMF tried to find a football club from Belgrade to donate football kit to. Somehow I step into contact with them and finally they chose my club FK Studentski Grad. In 2020, they donate to us 49 sets of track suits and jerseys, for two under age groups! This means so much to a club like us.

They came to Belgrade to visit the place where their favorite players spent their last day and night. In Hotel Majestic, where MU was located back in 1958, they made a commemorative plaque presentation.

There was also a representative from the British Embassy. Some of them were crying… Then they went to the JNA stadium (Yugoslav People’s Army), FC Partizan, FC Red Star and FC Studentski grad! They watched a match where our boys played in the new kit and then with great satisfaction they went to Munich on commemoration. There they were welcomed by Chairman and President of Bayern Munich F.C., Karl Heinz Rummenigge and Uli Hoeness, who were their hosts there.

Hundreds of MU fans were there to pay respect… After 62 years! They also have a song about the tragedy – “The Flowers of Manchester”. The song is about the match in Belgrade, their players, newspaper men, staff from airplane, who tragically died.

Having met them and after spending some time with those really great, entertaining and fun characters I have learned a lot! Generally, from this whole story there is a lot to be learned… A lot!”
Dragan Hrelja – Under 18s Head Coach, FK Studentski Grad

“We are very grateful to the MMMF for this donation. All the best from Belgrade”
Andrija Hrelja, Captain of U16 FK Studentski Grad 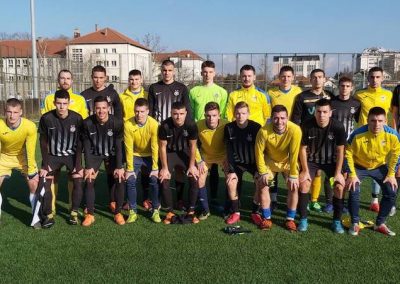 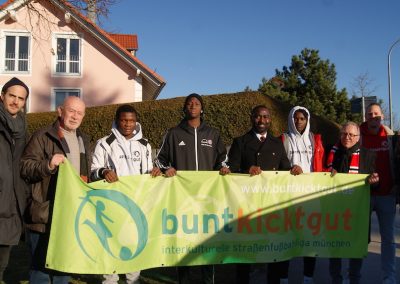 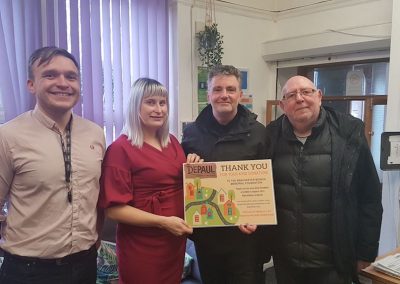