Tommy Cable, who died in the crash, was a Steward on board the aircraft. He is buried in Brynmawr in South Wales. Thanks go to United fan Pete Lewis who provided the photo and information

For many, the anniversary of the Munich air disaster will be a time for remembering and paying tribute to the fatal night’s tragic victims. For Kenneth Cable, it will be 62 years since he lost the brother, he adored on a flight intended to be the penultimate of his career with British Airways.

Tom Cable, known as “Tommy ”, to most, was born and bred in Brynmawr, one of five children. Upon leaving Brynmawr Grammar School he spent 12 years with the RAF reaching the rank of Flt Sergeant before leaving in 1948. He then took a job with British Airways, rising to chief steward by 1958, and becoming a well-known face among his passengers, who were frequently big-name stars of sport and films of the day.

Brother Kenneth said this was part of the attraction for Tom. He said: “My brother was a keen sportsman. He played cricket for the BEA team and captained the Services’ side against South Africa. “He flew with the Manchester United team quite a lot and got to know them well.”

The last time Mr Cable saw his brother was Boxing Day 1957. Tom had returned to Brynmawr from his home in London and the pair were discussing his career. Mr Cable said he thought Tom should give up flying to look after his new wife Edith and 10-week-old son Robert. Mr Cable remembers: “I had a bit of a go at him actually, I said: ‘Why are you still doing it?’ I thought he was tempting fate by having done it for so long.

“He said to me that on a plane you were safer than when you catch a bus.“He said he planned on doing two more flights, one with United and one to a boxing match.

“That was a very important conversation to me; it was our last.”

On February 6th, 1958, the plane carrying Manchester United home from a match against Red Star Belgrade crashed attempting to take off from a fuel stop in Munich.Twenty-three of the 44 passengers on board the aircraft died in the disaster, including players, journalists and chief flight steward Tom Cable.

The news hit Mr Cable and his family hard. The family owned Cable Newsagents in Brynmawr and spent weeks being bombarded with front page after front page about the disaster. Mr Cable’s mother died a month after the crash, unable to get over the loss of her son. The funeral was a huge affair attended by thousands of people at St Mary’s Church Brynmawr, where Mr Cable and his wife Ann pay weekly visits to Tom’s grave, alongside other members of the Cable family 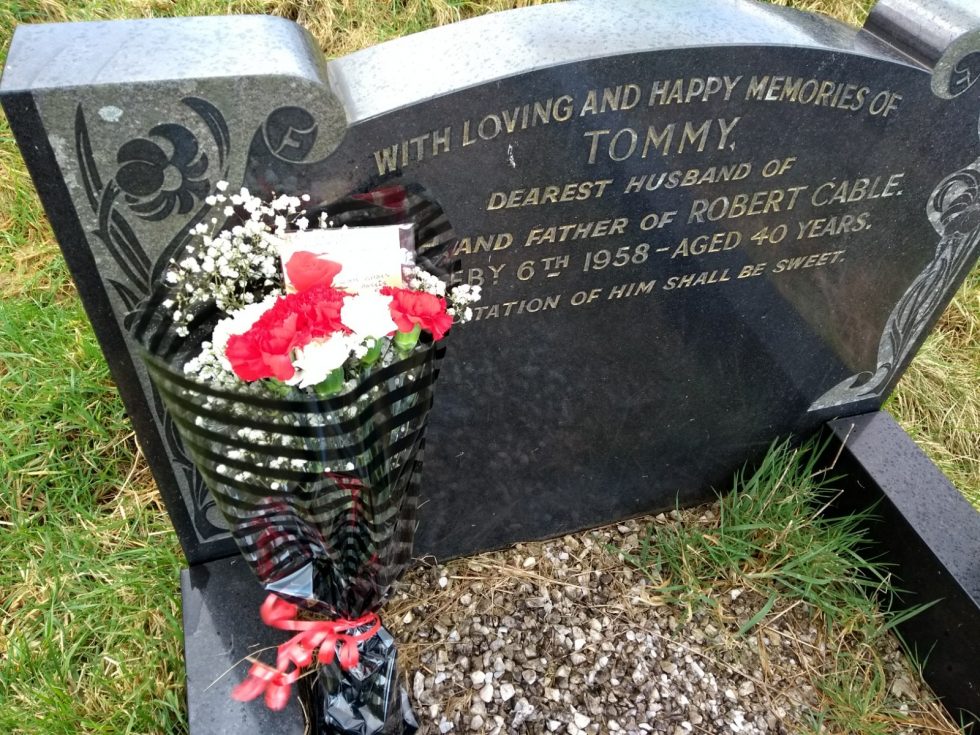