Where Did The Babes Stay in Belgrade?

With the help and support of three esteemed MUFC authors (Tom Clare, Roy Cavanagh MBE and Carl Abbott), the MMMF have established, now beyond doubt, that in February 1958 The Busby Babes and the whole visiting party actually stayed at the Metropol Hotel in Belgrade  and not at the Majestic Hotel – as has always been originally thought.

Inconsistencies were investigated following reviews of a number of books and also from some newspaper articles dating from February 1958. These included specific references to players arriving at the Metropol from the airport, returning to the Metropol Hotel after their last night out and, finally, reporters sending newscopy directly from there.

Both hotels were contacted and their archive records have been searched, resulting inconclusively that the whole travelling party, players, staff, officials and aircrew, did indeed stay at the Metropol Hotel.

However, Mark Wylie, the curator of the museum at MUFC has offered this view: “The destination hotel is not mentioned in our Directors’ Minute Books. As far as we know it was the Metropol Hotel that the team stayed at in Belgrade. The Manchester Evening News states this, whilst the Birmingham Daily Post on the 4th February notes that after arrival at the airport: “The team was afterwards taken to the city’s luxury Metropol Hotel.”

We also have a luggage label for the Metropol Hotel, Beograd [Belgrade]. This came from the Eddie Colman collection. I cannot think of any time that he would have been in Belgrade other than February 1958” (see photo of label below)

“To be honest we have nothing to prove it either way officially, but the evidence that we have suggests the Metropol was the hotel United used”.

The after match banquet on February 5th was definitely held at The Majestic Hotel, courtesy of the Yugoslavian FA. 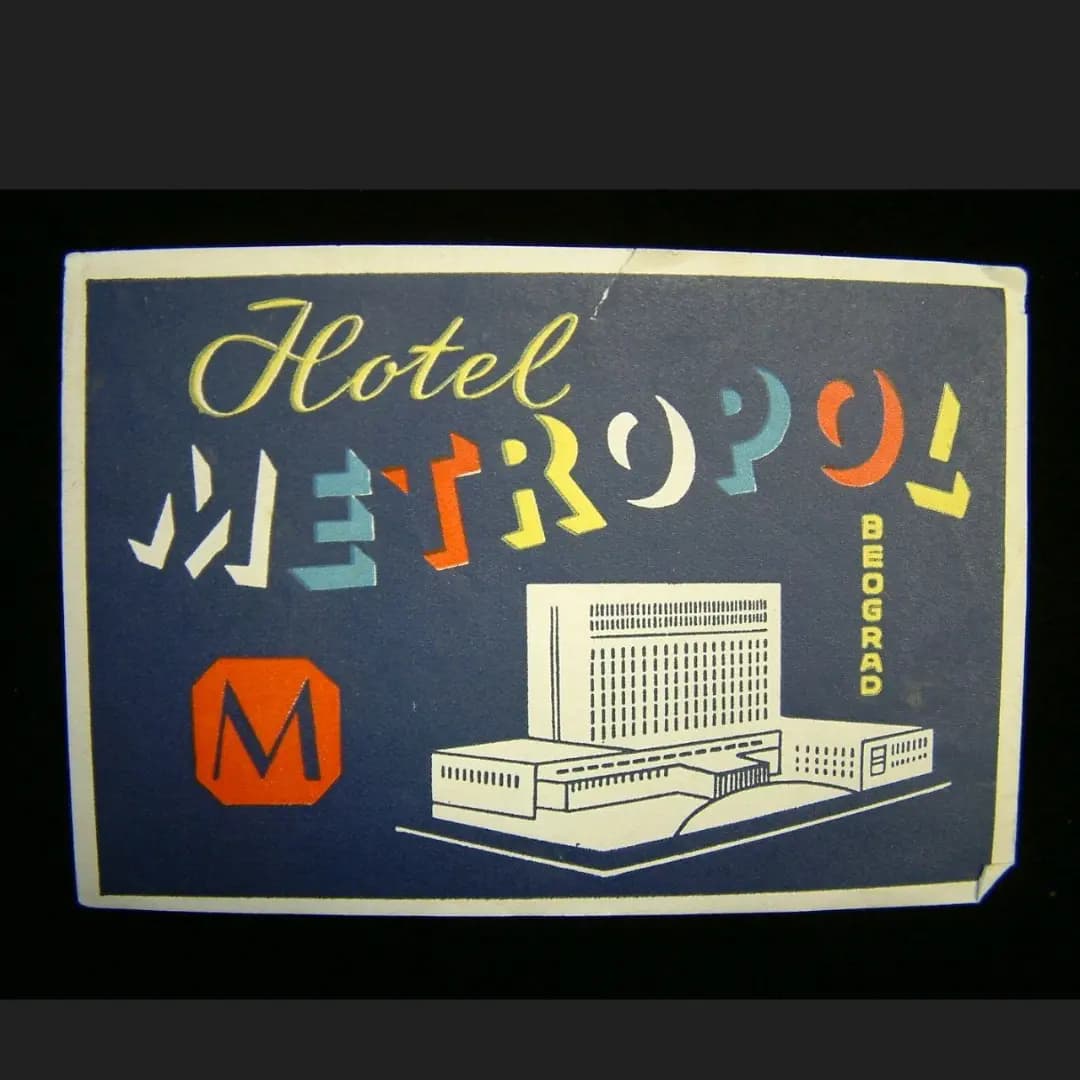 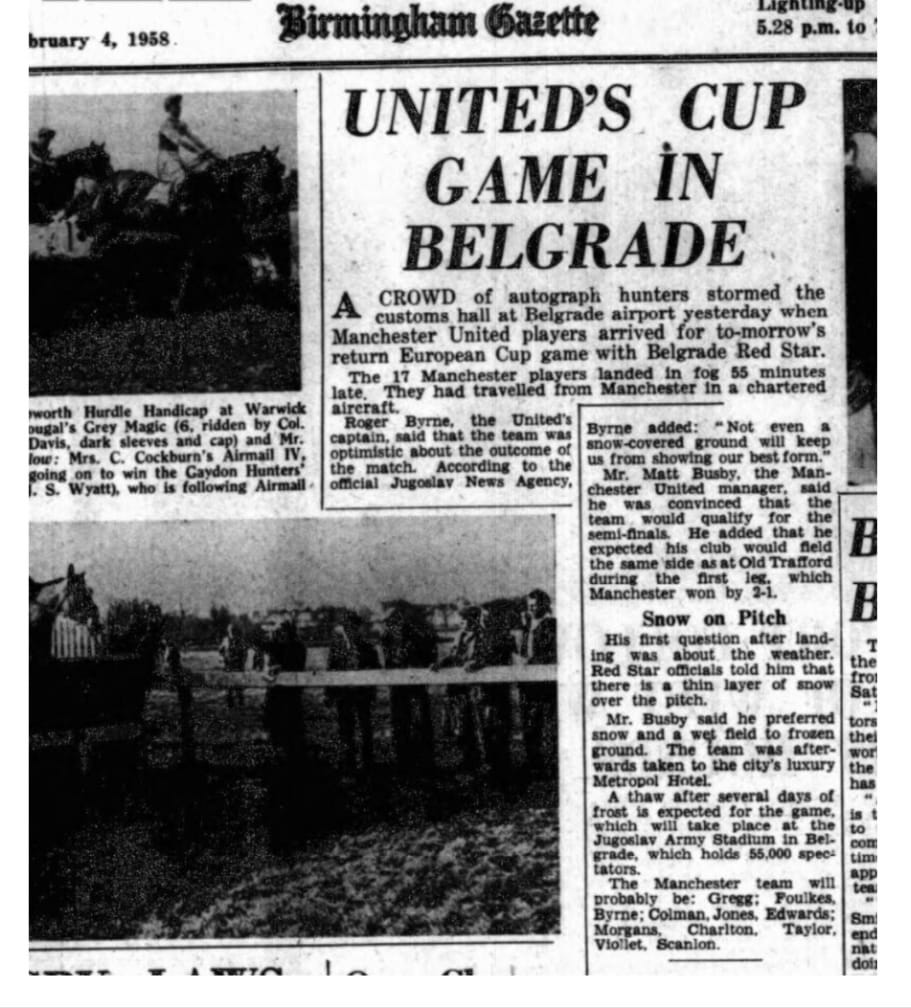